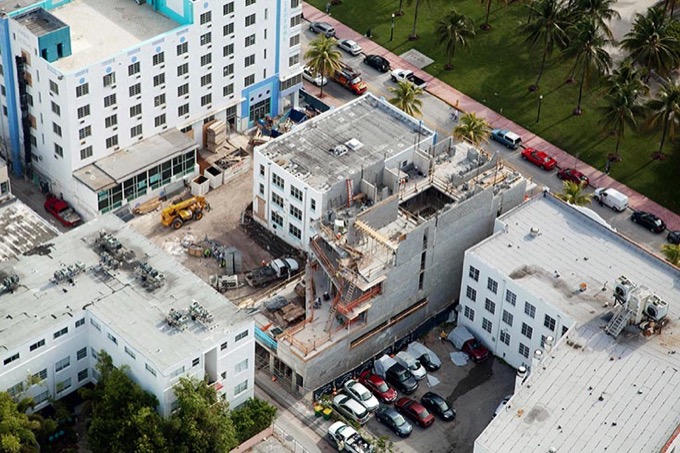 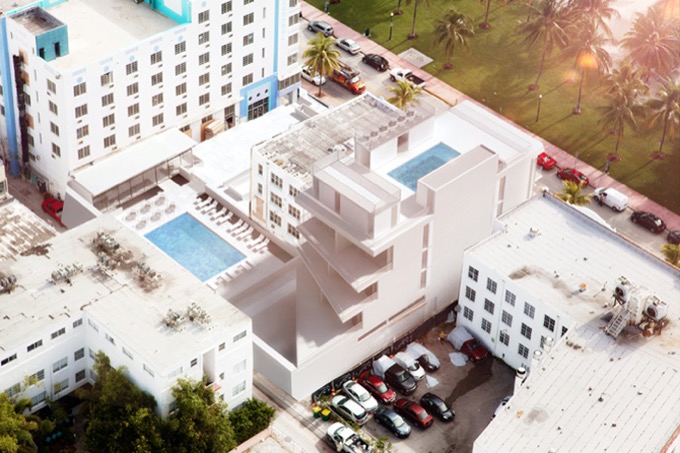 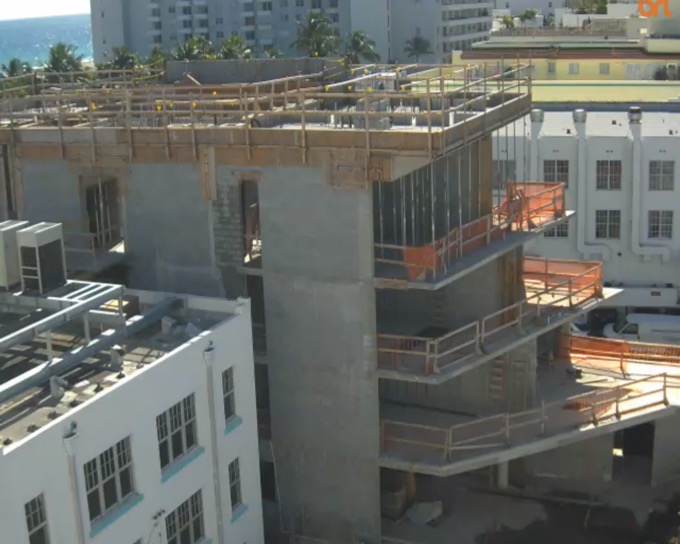 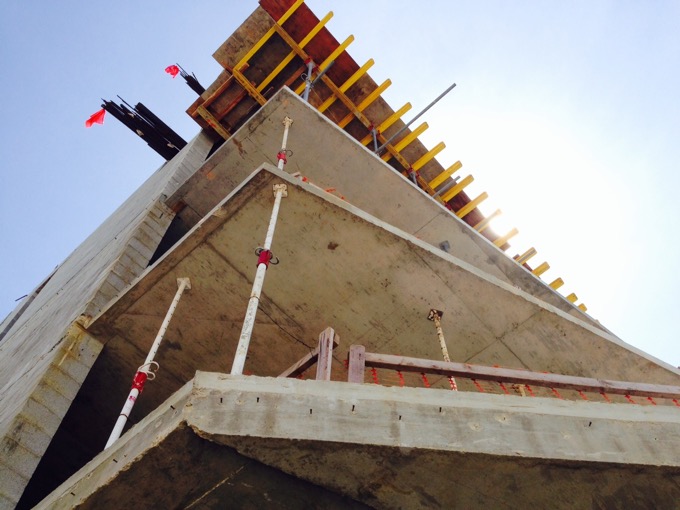 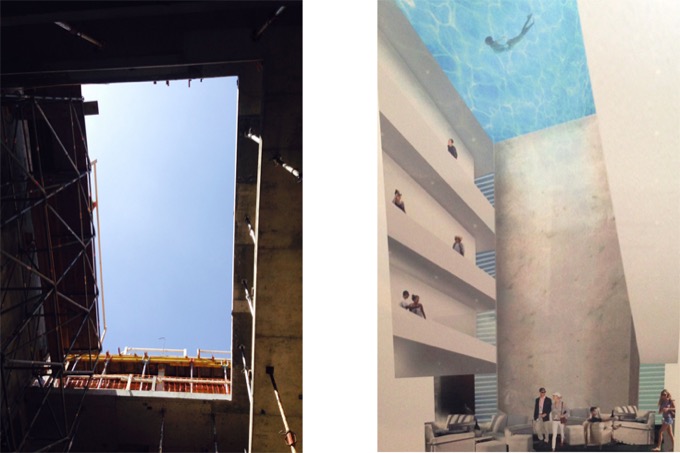 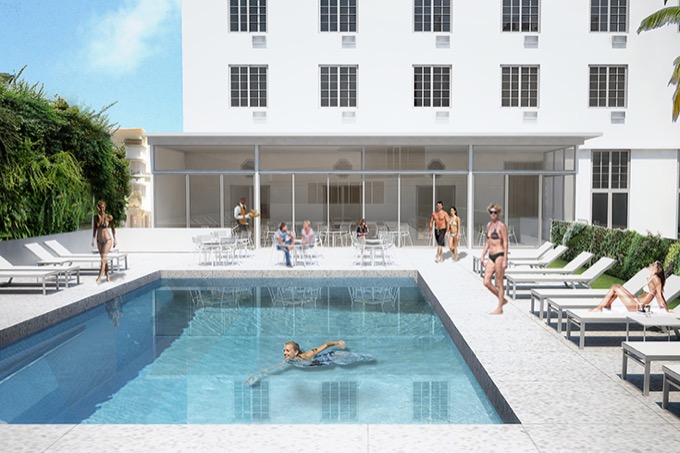 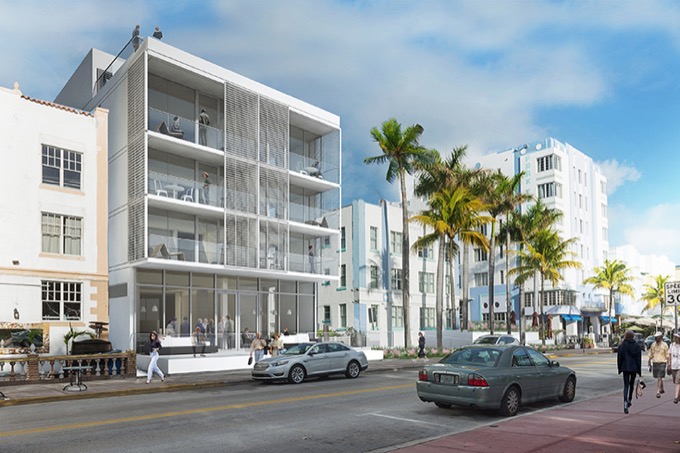 THE CELINO HOTEL, MIAMI : IN PROGRESS

The possibility of introducing a new building to the existing historic Park Central Hotel complex, has given us the opportunity to reorganize the circulation and visually reunite the currently detached three existing hotel structures by the creation of a new elevated platform, broken into three different levels (in line with the levels of the adjacent historic hotels).
This creates a constant flow between the interior and exterior spaces of the new and existing structures. The new four stories building which generates from this platform, remains suspended above it, creating a transparent first floor.
To break the rule of the often inevitable distinction between a noble front (on ocean Drive) , and a back , which faces a non-descript alley, we gently rotated the rear façade toward the existing hotel buildings, stepping its facade into green terraces that slope down to create a seamless dialogue between the old and new.
The 12 suites are suspended above the lobby, whose dramatic verticality is enhanced by the new transparent glass bottomed roof pool, which floods the space with light and liveliness.