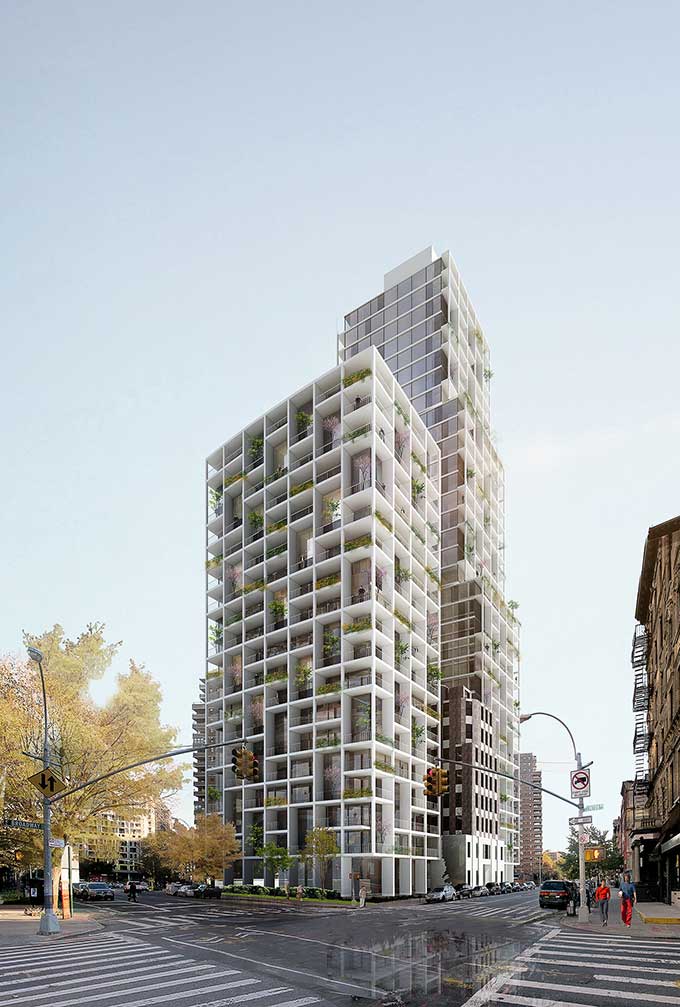 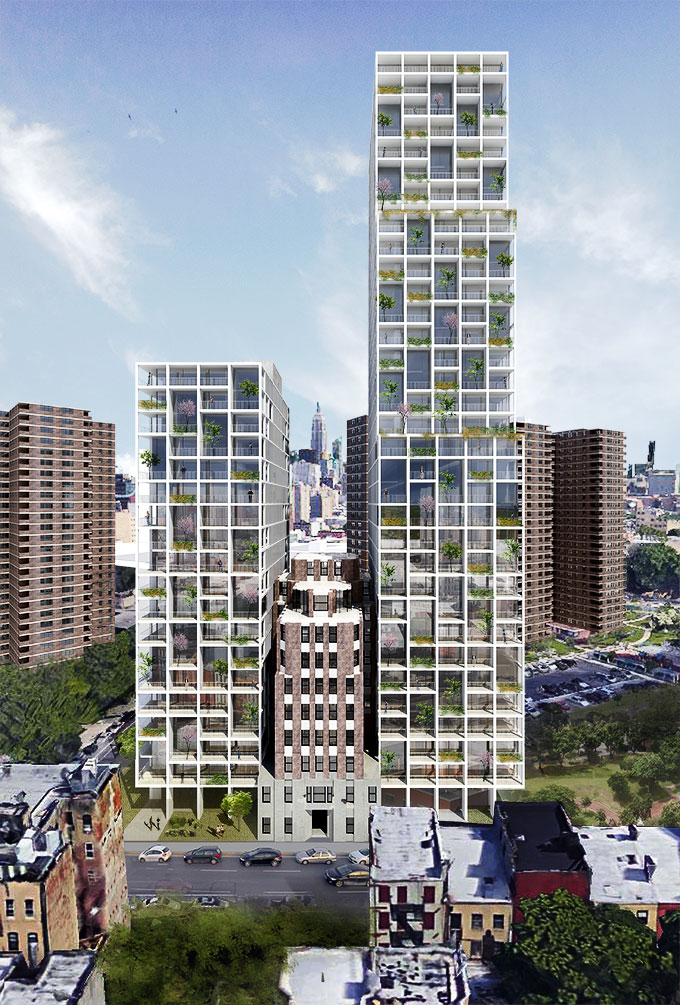 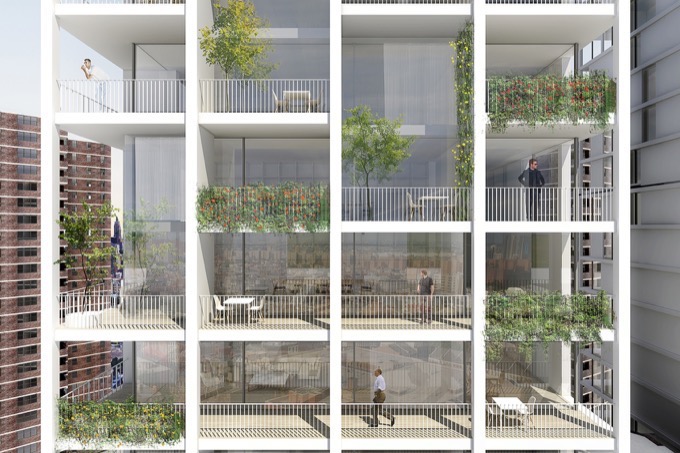 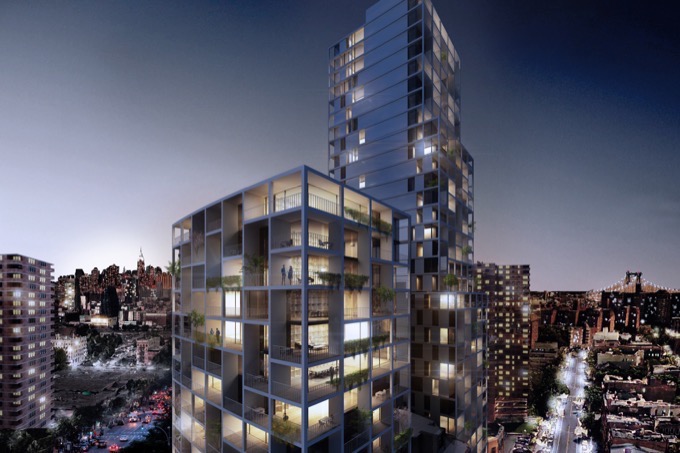 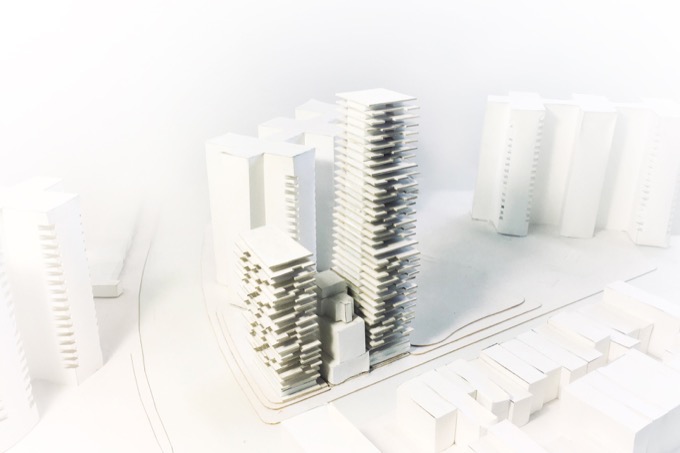 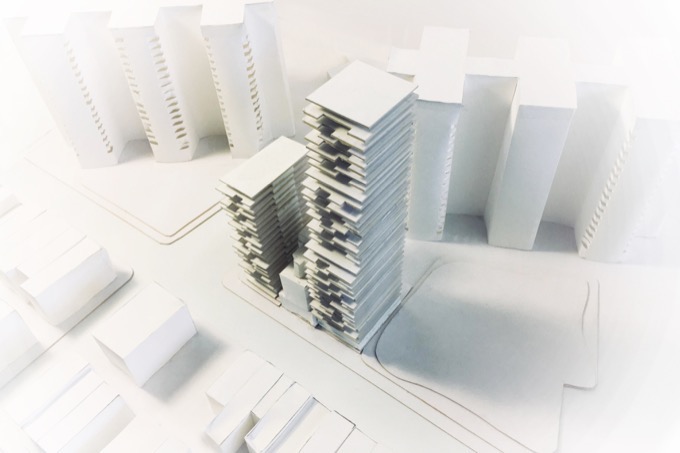 In 2017 we were approached by our clients for the Celino Hotel in Miami to submit a concept design for two residential towers, respectively 30 and 36 stories, in NYC. Our proposal was successful and we are now looking at a completion date of 2020. The two towers will rise on empty lots divided by a Landmark building, which is also part of the residential complex.
Our goal was to design two buildings that would socially and proportionally integrate with the surrounding neighborhood fabric. It was important for us to avoid the monumentality which is often associated with similar developments, and instead provide a sense of belonging and individualization for the future residents.
Through a series of working models and close collaboration with our clients, we found that the most efficient way to break the uniformity of the grid, was to introduce irregularly placed balconies of varying lengths which, together with areas of transparency and opacity, help characterize the facade into distinguished apartments. This created a human scale and sense of identity to the prospect buyers, that would otherwise be lost across the modular repetition of apartments reflected on the facade.